We are committed to promoting responsible pet ownership, preventative health care and health-related educational opportunities for our clients. Chattanooga Veterinary Center strives to offer excellence in veterinary care to Chattanooga and surrounding areas.

Please take a moment to contact us today, to learn more about our veterinary practice and to find out more information about how Chattanooga Veterinary Center can serve the needs of you and your cherished pet. 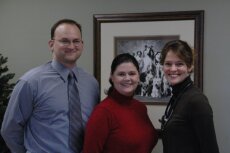